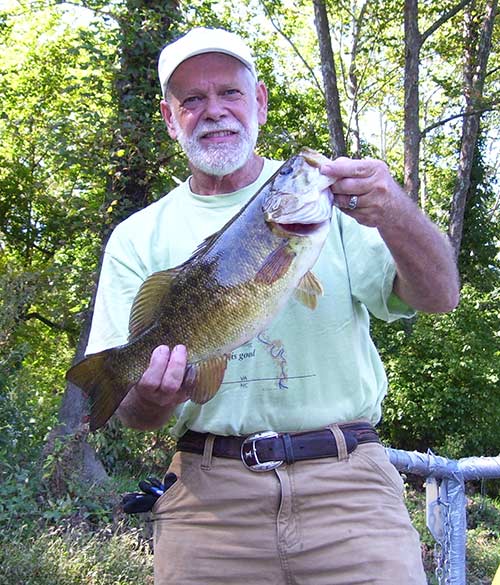 The New River also has several lazy, slow stretches where fisherman can view the spectacular scenery and still have luck fishing for rock bass near grass beds. The slow waters near dams along the river house big flathead and channel catfish as well as walleye and smallmouth bass when fished with live bate. All sections of the river have populations of flathead and channel catfish.

Good areas to fish for catfish include Narrows, Pearisburg, and Eggleston in Giles County along with other surrounding areas. 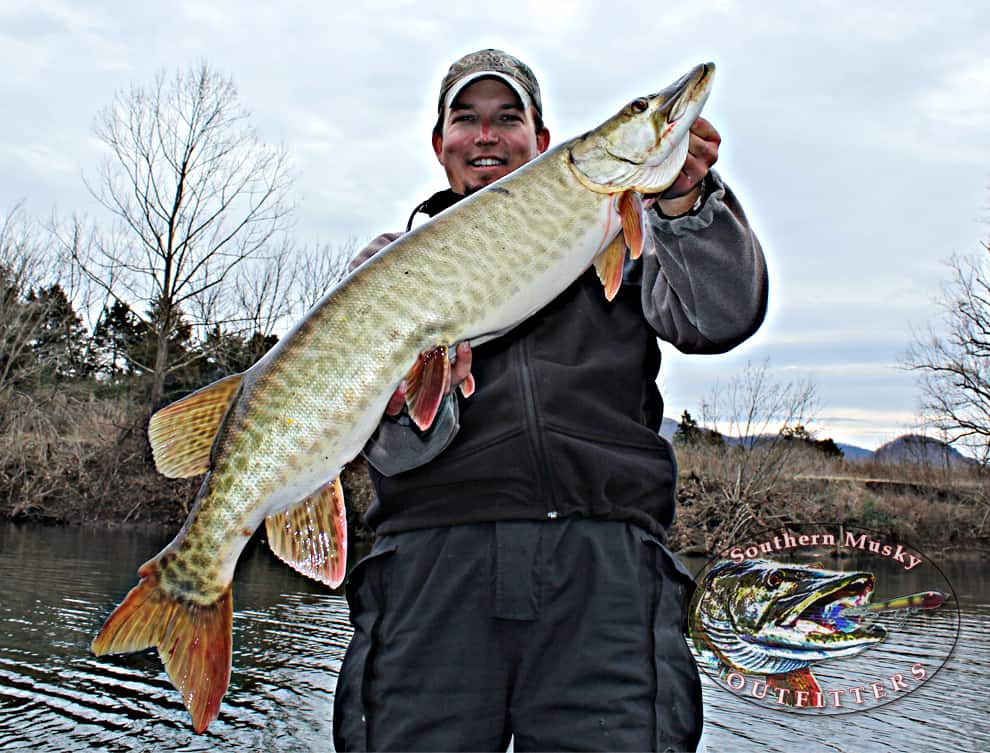 Current state records that have been caught in the New River include muskellunge (45 lbs. 8 oz.), smallmouth bass (8 lbs. 1 oz.), hybrid striped bass (13 lbs.), and walleye (15 lbs. 15 oz.). Because of trophy catch and release regulations set forth by the Virginia Department of Game and Inland Fisheries, the river has the potential to yield many more record-setting catches in the future.

Popular artificial lures are top-water crank-baits, spinner baits, minnows, or crawfish. Fast water and big rocks are features of the New River, making it a perfect home for big smallmouth bass and flathead catfish. Anybody can pull their canoe up on an island and fish with jigs or spinner baits to hook some fine trophies.

Virginia’s trout season is open year-round and the general statewide limits are 6 trout per day, no fish less than 7 inches. There are a number of exceptions found below for certain areas and waters (i.e., heritage, urban, special area, special regulation, and fee fishing waters), so please study the sections following for fishing times, dates, and limits. These different restrictions have been applied to certain wild trout waters, as well as several types of stocked trout streams, to provide anglers with the opportunity to catch more and larger trout.

Success for both wild and stocked trout should be very high through the spring, fall, and mild winter periods. From June through September, normally low stream flows and warming water temperatures make trout fishing more difficult. However, experienced trout anglers can find good trout fishing opportunities throughout the year.

Check with the local businesses and the County Treasures Office to purchase a fishing license.